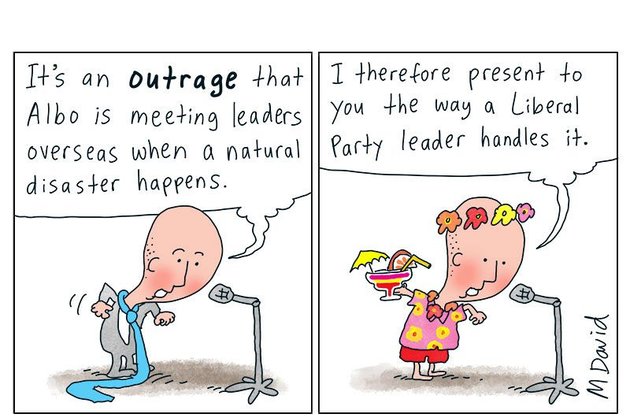 Despite numerous reports to the contrary, the new Albanese Government has a good start in repairing a generation of misrule.

THE WINDS winds of change ushered in a new Australian Government after the 21 May Federal Election. Almost immediately, the Albanese Government began to address many of the issues facing the nation.

Last week, Parliament resumed for the first time and many initiatives in a range of vital areas were introduced by the new Government.

Before the 2006 Election, then Prime Minister Paul Keating uttered those famously prophetic words:

As he presaged, the incoming Coalition Government attempted to overturn almost every one of the socially progressive initiatives pursued by Keating. Whether it be multiculturalism, the republic, international relations, Indigenous equality, workers' rights or chaplains in schools, John Howard attempted to take Australia back to a previous era ─ and was largely successful.

The Liberal Party returned to power in 2013. The country was then thrown back into a comparable Menzian blackhole, as Tony Abbott overturned the carbon tax, hamstrung the NBN and initiated all the same culture war attacks on social equity and fairness.

The environment fared no better under the tenure of Malcolm Turnbull, who took over the Liberal leadership in 2015. This multimillionaire lawyer/banker who had killed the NBN at the behest of his short-lived predecessor, continued to copperise the mongrel NBN and also put the kybosh on the Indigenous Voice to Parliament, while somehow still claiming to be a progressive.

Then there was Morrison, who toppled Turnbull in 2018, where the economy, the environment, international relations - pretty much everything you can point to - took a massive nosedive.

And now we have the newly elected Albanese Labor Government. Is it going to be a good administration? Even a long-lived one? We don't know.

What we do know is, Labor has inherited galloping inflation and interest rates, a trillion dollar debt, an energy policy crisis, a climate change policy vacuum and a nation still in the grip of a worldwide deadly pandemic. Welcome to Australia, May 2022.

But come August, there are positive signs already.

The following are six reasons why Australians may think the new Government has started off well in confronting the mountainous task of rebuilding our beaten-about-the-head nation and has provided a few reasons to feel a little bit more upbeat.

THREE REASONS TO BE CHEERFUL

1. The Indigenous Voice to Parliament referendum

With the exception of the 1967 Indigenous Referendum, Australian conservatives have never done too many favours to the Earth's oldest living civilisation. When elder Vincent Lingiari gained his people their first ever Australian Indigenous land rights in 1973, it was Prime Minister Gough Whitlam with whom he symbolically sprinkled the dust.

And it was Paul Keating who pushed through the important Mabo land rights legislation in 1992, which formalised Indigenous land rights in this country.

Keating also gave the famous Redfern Speech in 1992, where he admitted the culpability of white settlers for a host of terrible iniquities inflicted upon First Nations people since colonisation, including countless massacres and even stealing their children.

Labor Prime Minister Kevin Rudd, in complete repudiation of his predecessor, John Howard, who deplored what he called the "black armband" view of history, in February 2008 apologised to the Stolen Generations. It has been an important date in the Australian calendar, stimulating reconciliation between colonisers and the First Nations, who have never ceded sovereignty to their ancient land.

In 2017, 250 Indigenous elders from all over Australia and the Torres Strait, met at Uluru to finalise a 'Statement from the Heart'. It agreed on three proposals, one of which was a separate Indigenous chamber in Parliament, without legislative powers, to provide advice to Parliament on legislation. Soon after, then Prime Minister Malcolm Turnbull was questioned by Indigenous lawyer Teela Reid on ABC Q&A about his position on the matter, whom he dismissed with his special brand of oily paternal condescension.

Last week, Anthony Albanese introduced a Bill to change the Constitution to create an Indigenous Voice to Parliament. It was a reason to feel better about being an Australian ─ especially if you are one whose roots can be traced to this land for millennia.

2. New Assistant Minister for the Republic

In 1993, Prime Minister Paul Keating set in train a process for Australia to finally become a fully independent republic. Keating's vision was that Australia could no longer be seen as a white enclave in the south Pacific and must turn its gaze to Asia.

In 1996, Keating put in place a process for a referendum on an Australian republic. Unfortunately, John Howard won the election that year. Howard carried through with his election commitment to hold a referendum on the topic in 1999, spending the intervening period white-anting the republican cause.

Howard had an able stooge in then chair of the Australian Republican Movement, Malcolm Turnbull, who supported Howard's efforts to stop Australians from electing their president. Turnbull resigned from the Australian Republic Movement (ARM) after the failed referendum and was elected to Parliament a little over a year later, being subsequently promoted by Howard to the Federal Cabinet in 2004.

Despite claims to the contrary, John Howard plotted, cajoled, manipulated and lied to bring down the Australian Republic in 1999 - and has now received his due reward from the Queen. Managing editor David Donovan gives the definitive account.

As Prime Minister, Turnbull declared himself an "Elizabethan", rejecting the republican cause and doing absolutely nothing in power to promote it.

In his first week as Prime Minister, Anthony Albanese named staunch republican Matt Thistlethwaite into a new executive position as "Assistant Minister for the Republic". Albanese declared there would be no referendum on a republic in the first term of Parliament, sensibly giving preference to the Indigenous Voice referendum. Nevertheless, for people who strive for a fair, equitable and truly independent Australia, it was a big reason to puff our chests out in pride.

3. Australia no longer seen as (such an) international pariah

When Anthony Albanese was sworn in by the Governor-General in record time, so that he could attend the APEC conference, it was a reason to feel hopeful.

Perhaps Australia might finally have a leader who wouldn't, like John Howard, declare himself a "deputy sheriff" to a U.S. president.

Or, like Tony Abbott, call Canada "Canadia", or threaten to shirtfront the Russian President, or giggle away after the current Opposition Leader, Peter Dutton, joked about Pacific Islanders having "water lapping at their doors".

Or, more seriously, be a vandal on environmental issues just like all recent Liberal Party prime ministers, and show absolutely no compassion on refugee issues, like former immigration ministers Scott Morrison and Peter Dutton.

Scott Morrison went so far as to breach long-honoured caretaker conventions to scare the Australian people on the day of the May Election. Current Opposition Leader Peter Dutton was complicit in this underhanded move. Dutton also misses no opportunity to warmonger against our most important trade - and fellow regional - partner China.

Since Albanese has taken power, the bellicose rhetoric has disappeared, making Australians who favour peace breathe a little more freely.

In his first fortnight in power, in June, Albanese went a long way to repair the diplomatic fractures with France, in which the French PM called Morrison a liar. Albanese also visited Ukraine (not Hawaii) to reiterate Australia's support for that war-torn nation and to the Pacific Islands, to reassure our close friends that Australia is on their side.

A new wind is blowing. Breathe deeply and feel recharged. The worst may not be over, there is much still to be fixed. But if these first six weeks are any guide, the best is yet to come.

This is an abridged version of an exclusive IA editorial, 'Six reasons to feel cheerful - about being an Australian since May'. The original article may be accessed by subscribers in the members only area HERE.