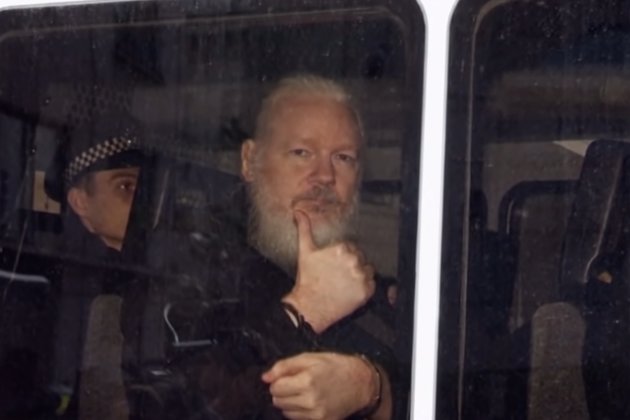 During a press conference in Geneva, representatives of journalists and publishers from Switzerland, Australia and other countries called for the liberation of Julian Assange, writes Sara Chessa.

THE TIME TO lobby for Assange's liberation is now. This thought was expressed by Karen Percy, Federal President of the Australian Media, Entertainment and Arts Alliance (MEAA), during an event organised by the Geneva Press Club.

The conference, where Percy participated via video call, was held to unite the voices of journalists and publishers in a unique call to liberate the Australian colleague, and it gave a signal to governments: free him, in the name of press freedom.

Pierre Ruetschi, Executive Director of the Press Club, while introducing the conference said:

Ruetschi called for Swiss diplomacy to take action in the Assange case and for the U.S. to drop the charges. Similar calls were made by many other speakers, ideally addressing the key political figures that could intervene to save Assange.

The link between his possible extradition and the "chilling effect" that it would generate on investigative reporting was acknowledged by all the speakers.

A press conference held by the Geneva Press Club, which discussed the fate of Julian Assange (image supplied).

"We are seeing that publishers are afraid of publishing stories that would put them in jeopardy," said a media representative, making the audience understand that the effects of the war on journalism are being felt.

Dominique Pradalie, new President of the International Federation of Journalists (IFJ), was also among the panel of speakers. She said that situations like the one in which the WikiLeaks publisher finds himself occur "when denouncing crimes becomes a crime".

As the other panelists also Pradalie thinks Assange is a political prisoner. "He has only done his job as a journalist," she stated.

IA asked her if she considers it realistic that the Swiss Humanitarian Visa could be granted to Assange. "Assange is in a terrible situation, therefore, all possibilities must be explored," she said. "He must be freed and given back to his family.'

We later discussed the Swiss Humanitarian Visa with Guy Mettan, a Swiss journalist and politician that attended the event. The purpose was to understand if such an option could be considered realistic.

We asked Mettan also about his reasons to attend the event. He said:

At the conference to call for Assange' s freedom, there were also the associations of publishers. Daniel Hammer, Secretary-General of Suisse Media, the confederation of private media in French-speaking Switzerland, said "espionage charges are always political".

Hammer seemed more optimistic than Mettan on the probability of Switzerland considering giving the Humanitarian Visa to Assange and he mentions the Swiss tradition of welcoming a relatively high number of refugees. "If an option exists, it must be examined", he said. "However, it would need Great Britain to allow it", he added.

Among the speakers and the attendees of the event, the Swiss Humanitarian Visa for Assange remains a hope, as well as the statement of the MEAA representative Percy, who said her organisation is going to officially ask Australian Prime Minister Anthony Albanese to do what is in his power to free Julian Assange.

At the end of the event, the speakers signed the Assange poster in the room, inviting everyone to do it, as a sign of participation. And, those who were not able to be in Geneva, can still sign the petition launched by the Swiss Press Club, who already reached 11,000 signatures.

As Tim Dawson of the UK's National Union of Journalists highlighted, if we allow a journalist to be prosecuted for cultivating sources, protecting them and doing precisely the tasks that investigative reporting requires, "what message will we be sending to the future generation of investigative journalists?"