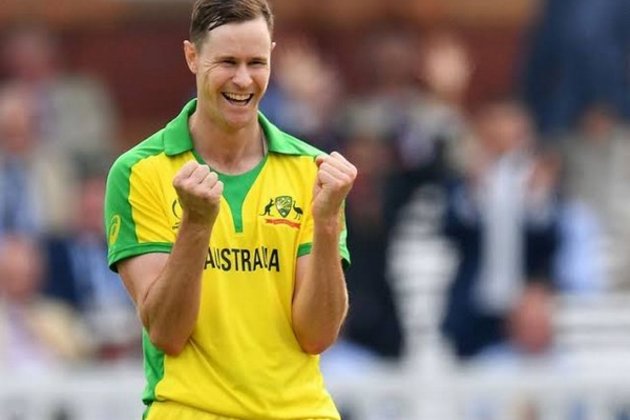 CSK signed Behrendorff as a replacement for Josh Hazlewood for the 14th edition of the cash-rich league.

The left-arm quick has featured in 11 ODIs and seven T20Is so far. This is Behrendorff's second IPL team, having represented Mumbai Indians in 2019 where he played five matches and picked as many wickets.

"Hey CSK fans, I am absolutely pumped to coming on board and joining with the boys next week. All the best for the first game, can't wait to see you soon," said Behrendorff in a video posted on CSK's Twitter.

Earlier in the month, Hazlewood pulled out of the IPL. He was set to depart for India with Australia's IPL-bound players, but the pacer decided to give this year's IPL a miss in order to spend some time with his family.

Chennai Super Kings will commence their campaign with a match against Delhi Capitals at the Wankhede Stadium on Saturday.

Despite witnessing a dismal run in the last season, CSK will still enter the 2021 edition of the IPL as one of the favourites, given the franchise's track record on Indian soil. Not to forget the experience the side has at its disposal.

The team will step into the new season with several changes as Shane Watson retired from all forms of cricket following last year's IPL while CSK opted not to retain Harbhajan Singh. Despite the absence of these two, CSK still has surfeit experience in the squad. Also, the Dhoni-led team will see the return of Suresh Raina, who had missed the last edition of the tournament. Raina's return will bolster the team's batting line-up.

In the mini-auction, held in February, CSK went all out for all-rounder Krishnappa Gowtham. The franchise bought the player for a whopping Rs 9.25 crore, making him the most expensive uncapped Indian player at the mini-auction.

Also, in the absence of Harbhajan Singh, CSK had to add an experienced spinner to the team, and the team ironed that problem out with the addition of Moeen Ali. (ANI)