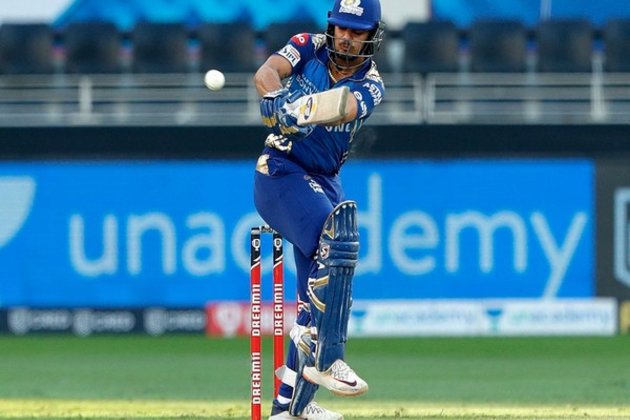 Mumbai Indians and RCB will lock horns in the IPL 2021 opening match on Friday and Ishan is gearing up for the mouth-watering clash.

"There are so many good players, legendary players in that team and also the new recruits that have come in like Jamieson, Maxwell. They are even stronger now," Ishan said in a video posted on Mumbai Indians Twitter.

Commenting on what sets MI apart from the other teams, Ishan said: "Last season we had talked about that we need to win the even (numbered) year and we did in a very good manner. We played superb, extraordinary cricket. It was no individual performances that counted, we played as a team everyone performed. In each and every game there was a new Man of the Match so that's the best part of a team to know that all your players are in good form and they are looking in good shape," he added.

Meanwhile, talking about Mumbai Indians' new recruits Adam Milne, Jimmy Neesham and last year's hero for the defending champions Trent Boult, Rohit Sharma said they are a great addition to the side and he is expecting the same things from the Kiwi pacer this season.

"I'm pretty sure they all are excited to just get out on the park. They have been in quarantine for seven days and I know how it feels when you come out the first day. It is nice just to get to breathe fresh air and get to be on the park and do what you love," Rohit said in a video posted by the MI on their official Twitter handle.

"So. I'm sure those three guys are feeling the same. It is good to have Jimmy Neesham for the first time in the MI squad and Adam Milne, who's been part of the MI before. Good to have him back as well. Of course, Trent who played a big part last season for us, we expect nothing less from him this year as well," he added. (ANI)